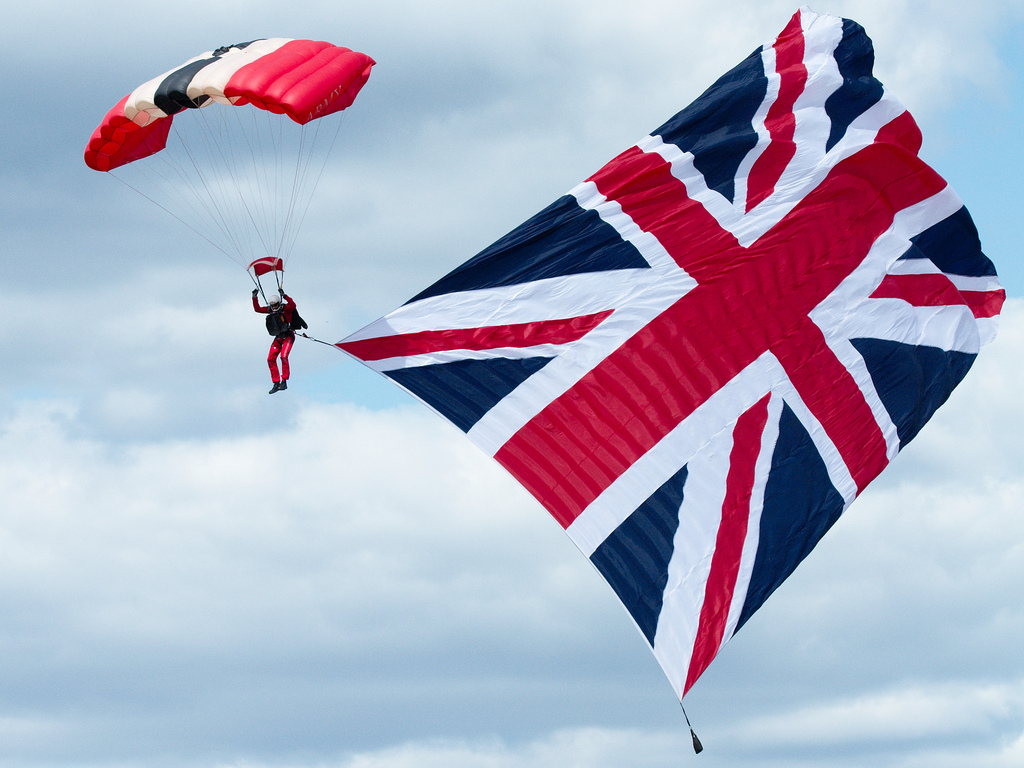 Piloting the UK: go with prevailing winds or dive out, confident an ideological parachute will land us safely? (Click for fair use)

Well, it’s happened. The morning of the 9th of June and the final results are coming in. Every self-styled pundit and opinionated know-it-all is pounding their keyboards, putting the world and their worldview to rights, one key-click at a time. So, why should this blogger be any different? Maybe because I don’t have any particular party axe to grind. My personal views on a range of issues were spread across several party manifestos, so I voted tactically and locally. What was clear though from party leaders is that UK politics has fundamentally not changed or matured, despite everyone and their dog saying the Brexit referendum was a wake-up call to the establishment who needed to listen to a disenfranchised public. Let’s rhetoric-spot a little, and look at the doubling-down so far:

The Tories won’t acknowledge huge swathes of the public are sick of ideological austerity, the running down of our schools and the NHS, and the removal of support from the most needy in society. The Conservatives have been stating for months they were the working class option, a New Light Blue with a caring, sharing heart. Except their policies were the same-old, some even seeming Thatcherite to commentators.

Labour will state their gains were a massive vote of support for Corbyn, that he and his Red Brigade are now assets to the party and the country, not that they were the only remotely viable alternative to the calcified Tory dinosaur.

The Scottish National Party are busy celebrating their 21 seat loss as a victory.  That, and Tory gains in the NE so clearly demonstrate unwavering support for Scottish Independence, obviously.

UKiP will assert their continued relevance in keeping the people in power accountable for Brexit, despite not having a single member of parliament and botching every opportunity to get a candidate elected on non-Brexit related issues.

And, possibly the best of all, the Liberal Democrats. They lost Clegg in the north but gained some seats overall in the south, in places like Oxford. Oxford, a student staunchly pro-Remain area. But, being the Lib-Dems, they will assert this shows nationwide support for Remoaning and re-staging multiple Referendums until people get so bored they’ll want to vote stay in just to make the Lib Dems shut-the-…-up. Despite the best political turnout in decades, and passing Brexit through the courts, The House of Commons and the House of Lords. But that’s clearly not enough democracy, because… reasons.

Are the other parties any better? The Greens got one MP; the Women’s Equality Party, none (so far). Does this show we don’t care about our environment or fairness and opportunity for all? Interpretations vary. You knew mine was coming, didn’t you? People want politicians who listen. Yes, you need drive and vision to carry the country forward, especially in such uncertain times, but people are sick of ideology over pragmatism, of not examining the issues our country faces and taking into account the prevailing will of the people that have to live in it, and live with decisions made. We still have have a political culture and tradition of arrogance, of ruling over and not ruling for – power by diktat and not mandate. Until that changes, until we have power for the people and politicians who serve by action as well as word, Britain’s politicians and its people will remain at odds.